Business Weekly China: The fight between one and ten million 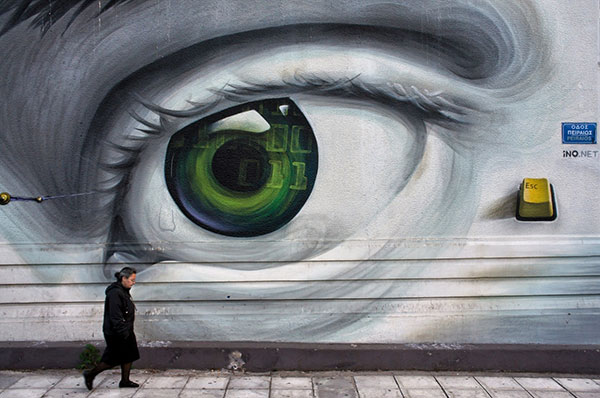 The headline of this week’s Economist magazine ran, “What’s gone wrong with democracy?” which is the same question a team of young citizens have been asking themselves In Athens too.  They realized it wasn’t just the financial deficit constraining the country, but also the larger democratic deficit one too.   Out of these birth pangs of the new civic society developing in Greece right now, the group created Politeia 2.0.  We speak to Stephania Xydia, a diaspora returnee to Greece and a member of the Coordination Team, about this initiative and how it combines digital and social technologies to bring citizens together online and offline, while also incorporating Greece’s timeless resonance as the birthplace of democracy to engage international citizens too.

Tell us briefly what is Politeia 2.0?
Politeia 2.0,  is a social platform for the reinvention of Democracy in Greece and beyond. We bring together existing creative forces within Greek Civil Society, independent forces that seek political innovation, and we support their networking and coordination in the face of shared challenges. We inform the public of Greece’s Democratic Deficit and of existing alternative democratic practices. We design and experiment with open social, educational and cultural events through which citizens discuss, inquire, discover and collectively design new applications of Democracy & Politics.  Democracy is at the core of our mission. Around it, we design and produce projects in the fields ofScience, Culture, Citizens’ Information & Engagement and Political Institutions Design. Thus projects scheduled for 2014-2016 include Syntagma 2.0, an International Philosophy Festival and an International Conference on Democracy & Public Policy. Politeia 2.0 is a laboratory for Democracy, testing new theory and application. A laboratory to design and support a new political system that is connected with the City, the Citizens and our Culture: Πόλη– Πολίτης– Πολιτισμός– Πολιτική– Πολιτεία.

Politeia 2.0 recently had a workshop in Athens?  What was it about?  Who were the participants? What were the conclusions of the day?
On February 2nd we hosted the 1st Citizens’ Workshop for the project Syntagma 2.0, which aims at the participatory design of a New Constitution for Greece, by the citizens, for the citizens. 100 people of all ages and backgrounds aged 18 to 78 came together in order to discuss and identify the values as well as the institutions and processes that characterize the State they want to live in. During four hours, two rounds of discussion took place using the World Café method, which facilitates intimacy and in depth discussion in small groups of five. The Workshop was followed by experts in Participatory Leadership from the UK, Germany, Austria, the Netherlands and Israel, who were fascinated by the idea of reinventing Democracy at its cradle. The ‘harvest’ report is available online, but I think the main conclusion of the day was that there is another way of talking about and doing politics, which we ought to explore. Most participants evaluated the experience with a rating above 90% while they gave a 70% grade to the belief that we can bring about change. In the next months, similar Citizens’ Workshops are expected to take place across Greece in order to gather qualitative data that will be used in the quantitative research of the second phase of the Syntagma 2.0 project.
How did this initial idea come about? Has it changed since you started it? How long have you been working on it?
Politeia 2.0 is the distillation of a long process of crosspollination between a number of people and initiatives within Greek Civil Society. We may come from completely different backgrounds, different experiences, yet at a personal and professional level we had all concluded that we cannot afford to exhaust ourselves dealing with the consequences of this crisis. We have to go to the roots, to the systemic problem of our country: the Democracy gap. And to do that we don’t need ideologies or new parties, we need to design and trial new processes of civic participation that will free people’s creativity and allow it to shape our future.
The urgency of the political deadlock in our country combined with its symbolic power as the cradle of Democracy led to the idea of Politeia 2.0. In late 2012 we submitted a first ‘strategic plan’ to the European Investment Bank Social Innovation Tournament. We won the Audience Award and with those 5000 euros we started building the first teams, events, projects. It’s been almost two years and it’s still the beginning. Politeia 2.0 is an experiment, a living organism, hence it is constantly evolving. And so are we.

You made the decision to start a venture in the middle of the crisis in Greece? How hard was it to set everything up? What has been your biggest challenge so far?
In nature, every birthing comes on the verge of chaos. The chaos around us is the primary raison d’ être of this venture. Difficulty is relative: what we are doing seems impossible and heroic to some, yet minimal compared to what Politeia 2.0 could become. On a practical level, we’ve had real trouble setting up the legal and financial aspects of the venture and we are on a constant fundraising pressure to cover operational and production costs. However,
I think that for all of us the biggest challenge is to deal with the struggle within and to keep up with the good spirit despite major family, health and financial issues. I am positive though, that as the word starts to spread and we get positive responses from citizens, partners, sponsors many of our worries will dissolve.

You grew up and lived outside of Greece most of your life, what made you decide on coming to live in Greece in this challenging time period?
I have always felt my home is here. As I was completing my studies in London, I put down a list with pros and cons and some numbers and decided that it was worth giving it a try. I wanted to experience Greece and see things for myself. And I have not regretted it.

Is the ultimate goal of Politeia 2.0 to create a new Greek Constitution by the people?  What if that ends up not becoming possible in the short to medium-term?  What do you say to people that tell you the deep-Greek state in un-reformable? What other outcomes can the Politeia 2.0 projects provide?
The ultimate goal of Politeia 2.0 is to create a Global Research and Innovation Centre for Democracy and Political Science in Athens and to establish Greece as a model Democratic State. Creating a new, democratic constitution for Greece using participatory design methods, is a pre-requisite in order to be able to talk about Democracy to the world, and at the same time is an unprecedented social experiment. Un-reformable deep-Greek state?! Anyone in the business sector will tell you that when an organization is going bust, in order to change a culture, or a mentality, the first thing you have to work on is processes, namely decision-making processes. Process shapes mentality and the framework affects behavior. You know how Greeks excel when operating within creative frameworks and just processes! We do not pretend to be able to reform the deep-Greek state. We follow Buckmister Fuller’s quote: you never change things by fighting the existing reality. To change something, build a new model that will render the existing model obsolete. Politeia 2.0 is already providing novel social technologies for citizens’ participation which can upgrade the operating system of our country. The extent to which these participatory methods will go viral and be applied at a neighborhood, city, regional or national level is up to all of us.

What are your future plans/your long term goals? Where do you see Politeia 2.0 in a few years time?
The vision is one: to create a Global Research and Innovation Centre for Democracy and Political Science in Athens and to establish Greece as a model Democratic State. For a start, it will be great in a couple of years to have in our hands a New Constitution for Greece created through cutting-edge open participatory processes. To have local teams in every Greek City, practicing new ways of discussing and doing politics. To have annual cultural and educational events on Democracy in Athens, drawing thousands of citizens from across the world. By then we will be working on Politeia 3.0!

What advice would you give Greeks abroad that want to get involved in social enterprises, NGO initiatives or entrepreneurship in Greece?
The advice I gave to myself: Get over your Diaspora Superiority Complex. Fight your own stereotypes against Greeks before you judge anyone. Look for the magic, the spirit, the innovation that Greece is painfully birthing. Get your a** over here and invest time, skills, money in what Greece does best: people.